Your web browser might not support this type of content. In order to preview our demo please make sure you have Flash Player enabled on your browser or try using a different web browser.

“We were anticipating a very strong 2020,” said Charlotte Conlan, Head of EMEA High-Yield Bond and Loan Syndicate at BNP Paribas.

Similarly in European high yield bonds, the EUR13bn issued in the first quarter of this year equates to nearly a 60% increase versus activity in Q1 2019.

January in particular marked a watershed period for European leveraged finance, being the busiest month since July 2007, Conlan noted. “Investors were comfortable about risk, default levels were low and the view was that they were going lower.”

What’s more, Conlan stressed that the eyewatering levels were achieved “without an enormous amount of M&A,” with use of proceeds dominated by refinancing and dividend recaps rather than new transactions.

Given the dominance of private equity, transactions were also highly leveraged, with certain loan deals close to 8x leveraged, which Conlan said was met “with very little concern from the buyside.”

From an investor perspective, Fiona Hagdrup, Leveraged Finance Portfolio Manager at M&G Investments, said the glut of new issuance came as a relief as the market approached the new year following a 2019 that had underperformed the previous year by 15%.

“We were really concerned about the growing imbalance between supply and demand,” Hagdrup said, conceding that the lack of new transactions ate away at the prospect of big returns, her fund actually posting one its highest monthly declines for January.

European high yield bonds likewise offered historically favourable conditions for issuers, the double-B index below 2.00% and in some instances, bonds near to their call dates trading with negative yields.

“The stars aligned,” said Youssef Khlat, Co-Head of the Global Leveraged & Telecom Finance Group at Credit Agricole. “We were questioning whether the rates were sustainable but we were certainly enjoying it while it lasted.”

Alongside the slew of opportunistic refinancing, Khlat drew attention to the return of large TMT issuers, a number of LBO transactions and the increasing presence of reverse-Yankee borrowers. Franco-Israeli telco Altice, for instance, returned to the market twice and four US names sold euro bonds. Fedrigoni also raised EUR225m to fund the buyout of Ritrama Group. 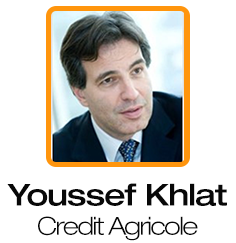 The consensus among panellists is that despite higher borrowing costs, both credit sentiment and primary market issuance has improved with much greater pace than compared to the aftermath of the 2008 financial crisis.

“In terms of how quickly the primary market came back, it has been much, much quicker than previous crises – really only a matter of weeks,” Conlan noted. “The investor community still want to buy the asset class”.

“Though the price point has changed… you can still [raise money].” And loan markets are not only open to “covid resilient” businesses, Conlan highlights.

The question for Conlan however is whether sentiment will withstand the realities exposed by Q2 corporate earnings, where the true extent of the effects of covid shutdowns will be laid bare.

The quick recovery in credit spreads raises the obvious question: Are investors adequately compensated for risk?

As Hagdrup puts it, markets are in the early stages of “phase two” of the recovery. If “phase one” was the catastrophic collapse of mid-March, then phase two is the much longer period of adjustment to the “new normal,” which will only become apparent after the publication of second quarter earnings.

“To price risk now, you need to have some kind of feeling for 2021 earnings and earnings growth for a couple of years beyond that.” And given the dominance of private equity in European leveraged loans, Hagdrup adds, “It’s all about cash flow.”

The key risk stems from the massive compression in single B valuations due to the waterfall of new money entering the market in May. “One really needs to tread carefully in finding value, and you should only risk something with a senior secured rating with a very firm [outlook],” Hagdrup said.

Valuation will become increasingly sector-driven as a result of the economic shutdowns, with resilient areas such as technology, software and healthcare already achieving high valuations. The recent IPO of JDE Peet’s coffee – the biggest in Europe since 2018 – provides a perfect example of a winner from covid.

As far as more vulnerable sectors are concerned, panellists said that investors will have a natural tendency to back larger companies as the world emerges from lockdown. 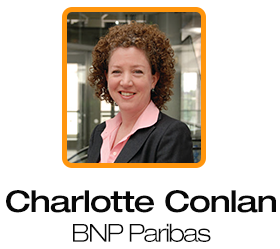 In leverage loans, Hagdrup said, “What saves our asset class is [the dominance] of really big companies, just taking that very simplistic premise that big probably survives better than small.”

If one actor alone can be held responsible for the rebound, it is the world’s central banks. The actions of the US Federal Reserve has affected prices across asset classes, but the most immediate opening has been for those issuers accessing the high yield bond markets.

Among the myriad interventions taken since the crisis, Khlat highlights 09 April – when the Fed announced measures to add so-called “fallen angel” debt to its bond buying scheme – as a turning point for the high yield bond market.

“On that famous day when the fed announced that it would be willing to buy fallen angel debt…since then…high yield issuance in the US has been about USD75bn,” Khlat noted. Inflows into high yield funds have been around USD35bn in the same period.

Whilst initially the market was geared to generic five-year secured transactions to bolster liquidity, Khlat highlighted deals for Hilton, Ford and more recently Davita and Virgin as examples of longer maturities with broader use of proceeds.

Europe provides a dramatically contrasting picture however, with only EUR3.59bn raised in the high yield bond markets since April. Despite the narrowing in credit spreads, European companies are focused on cheaper options ranging from bank credit lines to government support.

Equally in leveraged loans, US firms have signed nearly 80% more than their western European counterparts in the same period, according to Loan Radar data.

“The US market has been incredibly strong, which always helps Europe, in terms of sentiment if nothing else,” Conlan added.

As the tightening credit spreads indicate, demand for European high yield bonds is robust. And going forward, Khlat notes that issuers will continue to require liquidity and refinancing needs will be significant.

“This year I don’t think activity will meet the EUR75bn we had last year, but there will certainly be a [a lot of issuance] this year,” Khlat predicted.

As private equity increasingly dominated the post-GFC leverage finance market and consistently outperformed other investment strategies, a key theme in both leveraged loans and high yield bonds has been the deterioration in quality of loan documentation in terms of protections afforded to investors.

Investors have pushed back, with a particularly notable standoff during a Bain-sponsored buyout of market research group Kantar last year, but the market remains under no illusion that leveraged finance is a borrower’s market – and little is likely to change despite the covid re-pricing.

As LBOs became fewer in number and the market was dominated by mega PTP deals, Hagdrup says investors were forced into a corner. Not only were these LBOs characterised by leverage that “stretched beyond the credible,” Hagdrup argues, “the terms were getting so weak you had to wonder if they were really senior secured.” 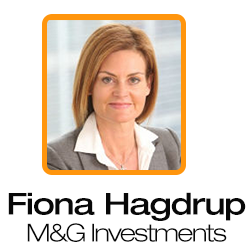 “There was no capital gain to be achieved [in leveraged loans], so the solidity and sanctity of where you fit in the capital structure – first among all others - is paramount, and we were not getting that. [Investors were] senior secured in form alone sometimes.”

With such benign credit conditions, “yield was difficult to find and documentation was an obvious discussion point,” Conlan noted. “We saw [documentation] loosen and loosen again [in a similar fashion] to the bond market.”

The key question is then, with prices having reset due to covid shutdowns and investors less inclined to back potentially vulnerable companies, whether loan documentation will improve from the point of view of lenders?

Not so fast, Conlan cautions. Assuming there is little or no deterioration in credit conditions, in the short term new deals are a likely to come with lower leverage and slightly tighter covenants protecting investors, “but the word is slightly,” she emphasises.

“As soon as a deal is shown to be done on slightly tighter terms, [looser documentation] could easily come back,” Conlan added. “I am absolutely sure we are remaining in a cov-lite market.”

From the investor perspective, Hagdrup can highlight only one deal which could be characterised as having “post covid” levels of investor-friendly documentation and stopped short of declaring a “new nirvana” for leveraged finance investors.

Pandemic highlights the S in ESG

The pandemic may have disrupted the fledgling green leveraged market, with Europe’s mature investment grade green bond market only recently finding its flow. However, panellists agreed that the aftermath of covid-19 may provide the foundation for a resurgence in ESG-linked loans.

Fiona Hagdrup says that social consideration will come to the forefront of investors’ priorities. “The S in all of our ESG screening just got way more important,” she said.

Carbon disclosure will continue to be important, but Hagdrup said that the coronavirus epidemic has created a heightened awareness on the part of investors with respect to how companies have handled issues such as employee welfare and data privacy.